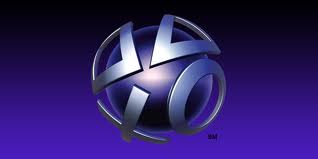 On the Consumer Electronics Show on Tuesday, Sony unveiled its latest creation, PlayStation Now.  Some critics believe that maybe Sony is rushing the announcement due to the fact that the PlayStation 4 just launched in November (and not even available in Japan yet).  Beta testing on the PlayStation Now will start later on this month before the ps4 even releases in its home country and hopefully go into full effect by mid summer time. The PlayStation Now is said to be the “Netflix” of digital programs, covering everything from games and movies, to television hits.

But don’t get too excited, with how fast Sony is willing to show off the PlayStation’s power it should take the smart route and slowly, gradually ramp up to its full potential instead of showing all their cards at once.

Sadly we don’t know much more about the Ps4 than we did during the pass summer, it hasn’t really been in circulation for very long.  According to the CES the “end game” is to have everything streaming on everything. Netflix, Hulu Plus, Amazon, and Digital games are all going to be coming in the near future; disk-based games will be a thing of the past.

Sony has not set a timeline for how these events are going to exactly unfold, but here’s what we do know: On launch, PlayStation Now will feature a library of Ps3 games, some PlayStation 1, and 2 but mostly 3.  Later they want to eventually move all games to the Move app and have Sony sponsored mobile games and Smart TV games.

As far as this being a successful product that is still to be seen, Sony has come out with tons of games over the years, but not nearly enough to have an entire library.  Sony didn’t announce any third-party partners in this announcement, for this product to gain the attention it deserves Sony needs these partners.