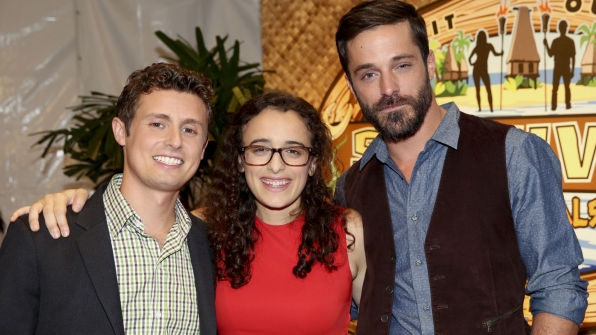 This past season, Millennials vs. Gen X, was Survivors 33rd season being on air. It started out as two tribes separated by their generation and forced to compete in grueling mental and physical challenges. Last week was the final episode of this season and it was filled with memorable moments.

Their were six survivors left and they competed in an insane obstacle course challenge that included puzzles to solve. During the challenge, Jay was in the lead since he figured out the combination first, but as he moved onto the next obstacle he forgot to cover up the combination numbers. Everyone went and looked at his station so they could get the the combination numbers to make them move on as well. Jay making this mistake has costed him the immunity challenge, allowing David to win immunity. Back at camp, David made a fake immunity idol hoping someone would find it and play it at tribal council, which is exactly what Jay did and he went home. I was screaming at my tv because I wanted him to win the entire show!

Then there are five survivors left: Ken, Adam, Bret, David, and Hannah. Ken won the immunity challenge, which was an obstacle course and a word puzzle. Back at camp, Adam and David were on the cropping block of being sent home. While David was trying to sway the other survivors votes, Adam went off and found an immunity idol. At tribal Adam played his immunity idol, which he didn’t have to because Bret got the votes and went home.

Having only four survivors left, everyone was trying to think about who they should take to the final three. For the final immunity challenge, they have to place bowls on top of each other using a stick battling the elements. They could win by either being the first person to stack thirteen bowls or be the person with the most stacked after thirty minutes. After thirty minutes Ken and Hannah were tied, so they did a showdown. Each had five minutes to stack as many as they could, and Ken won by one bowl with one second to spare. From the beginning of the show Ken and David made a pack to take each other to the final three, but at tribal Ken voted out David instead of Adam.

Finally the final three were: Ken, Hannah. and Adam. The jury, people that got voted out throughout the season, asked the final three, tough questions that happened throughout the show and why they deserved to win the title of ‘Soul Survivor’. After everyone voted it went to the live show, where the votes are read and the a person gets the title. Adam won and receiving every single one of the jury’s votes, which is the first time this have ever happened! I wanted Ken to win overall, but in the end Adam played an excellent game and his personal story hit the hearts of everyone, because his mother had cancer while he was on the show and passed away before the reveal of who won the show.

This was an amazing season for survivor, but for the upcoming season it’s going to be even better! The theme for the next season will have survivors from past seasons that were all major ‘Game Changers’. Make sure to watch the next season which will be airing in the spring.