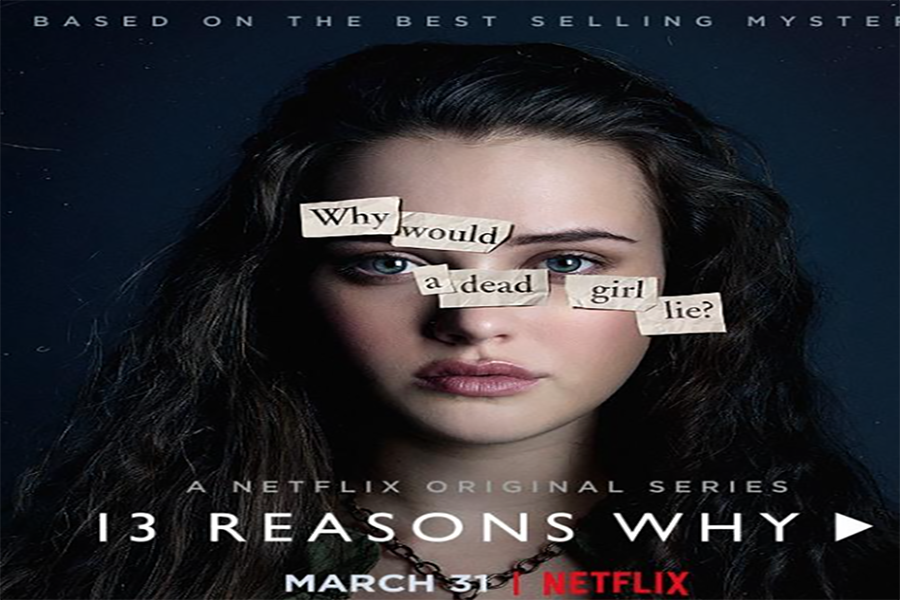 Recently, Netflix came out with their interpretation of the book “Thirteen Reasons Why”. This was originally a book written by Jay Asher in 2007. I remember reading this book in 7th grade, and imagining what a movie/show based on the book would look like. The book and show have some major differences, that seem to be changed in order to modernize and make the show more relatable  and interesting.

Fortunately, the show is pretty interactive and it’s easy to feel like you’re a part of the show. It’s easy to connect with the characters some of the time, because they’re going through feelings and scenarios that happen in high school, except maybe the excess parties and drinking. Usually high school juniors, in my experience, aren’t drinking and driving and throwing huge parties in the way the show portrays them to.

At first, it seemed like Netflix did not get the right people to portray the characters. As the show progresses, some of the actors play the characters in the book very well. The actors that play Clay, Hannah, and Tyler turned out to fit into the roles they played. However, the actors that played the characters Zach, Justin, and Jessica are not what I expected them to be. They did end up doing a very good job with the roles they were playing, but it was interesting to have my ideas of the story challenged by the show’s interpretation. I also think that maybe some of the information in the book was changed too much. For example, in the book Hannah overdoses, but the show takes a more graphic/violent approach.

The show was good, but different than expected. Also, there was no really clear main idea. It seems as if the producers thought the show would help bring awareness to suicide and driving while under the influence, or even just drinking/doing drugs. However, it’s not really clear that they are, and it could also be a bad influence. By blaming people for why she killed herself, Hannah is presenting things that happen in high school (losing friends, immature lists, and rumors) as reasons why she’s dead. There’s only a few major occurrences that are severe, and should not happen to anyone. Despite being entertaining, the show just isn’t realistic.