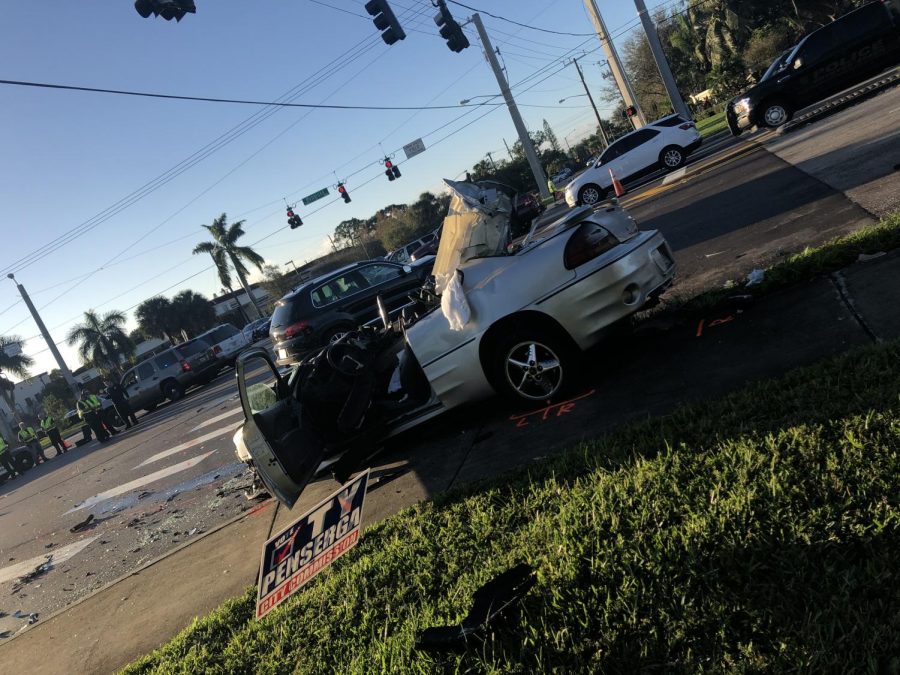 Silver car affected by the crash.

A two-car crash closed down Hypoluxo and Lawrence Wednesday morning, forcing students and teachers to take different routes to school. With the intersection closed, drivers had to come to school from Lantana Road. The accident happened at 4:45 a.m. after a night of strong rain storms. Lawrence Road was blocked off in all directions at Hypoluxo, forcing drivers to turn right coming from the south and turn right coming from the north.

The Boynton Beach Police Department said in a Tweet that a silver car was traveling eastbound on Hypoluxo, and as they turned on to Lawrence they were hit by the black SUV heading west on Hypoluxo. Drivers of both cars only suffered minor injuries, while the passenger of the silver car was taken to Delray Medical Center via Trauma Hawk. A police officer directed cars onto Chief Way while administrators issued late passes and asked teachers to allow students into class late.