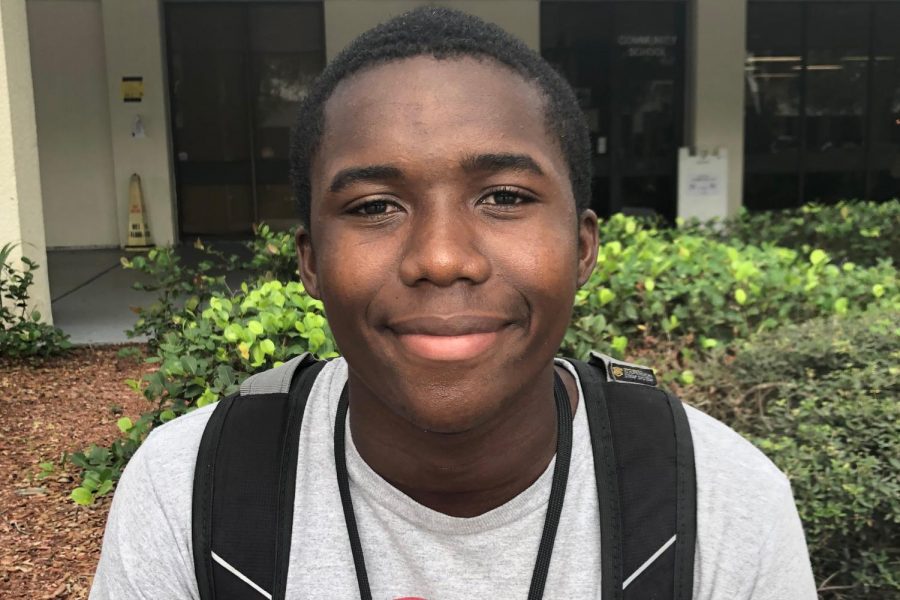 Since freshman year, Santaluces senior Paxton Brutus wanted to run for the spot of presidency but found his reason for running shift to his junior year.

Noticing the amount of changes increasing each year, Brutus was set to represent and involve his class of 577 students more in school.

“I hope to get as many students involved as possible,” said Paxton, “and to make senior year the best year.”

Entering his role as president, Brutus acknowledges the challenges before him.

“The most difficult part will be getting everyone’s ideas incorporated and getting approval from administration, SAC and other class sponsors,” said Brutus.

This being his senior year, Paxton hopes to make the best of his year as president and to incorporate his love for performing arts into school activities.

“I plan on doing a talent show later in the year,” said Paxton.

Hoping to accomplish lots during his presidency and have his plans be approved, Brutus holds tons of activities such as a spring fling in store.