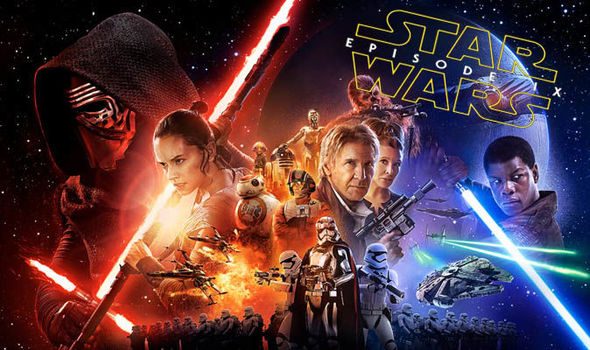 It was a strong ending.

Creating the perfect ending to a series is always difficult, especially when that series began forty years prior and has since garnered millions of fans; however, ‘Star Wars: The Rise of Skywalker’ manages to successfully tie in nostalgic pieces from the previous movies while also keeping true to the current story line in order to create a wildly entertaining and satisfying finale.

The fast paced plot keeps viewers on the edge of their seat while the message of hope and friendship carries throughout the film. ‘Rise’ was easy to follow and could make sense as an individual film to those who know relatively little about the Star Wars universe. By making the big villian of the finale movie Emperor Palpatine, the main villain of the previous six movies, Star Wars writers were able to raise the stakes and bring a sense of completeness to what has become the, “the Skywalker Saga”.

The film found new and interesting ways to explore the continuous and complicated relationship between Rey, Jedi in training and the main protagonist of the series, and Kylo Ren, conflicted Sith lord and son of Princess Leya and Han Solo  (a relationship that was highlighted in the previous Star Wars film: “The Last Jedi.”). Also, as typical for most Star Wars movies, the high speed chases and light saber battles were well shot and exciting to watch. One such being shown at the very beginning of the movie as Poe (Oscar Isaac) and Finn (John Boyega) evade enemy ships as they race the Millennium Falcon back from an Intel mission. Special effects have always helped give Star Wars its magic and the special effects team really stepped up in ‘Rise of Skywalker’ in order to satisfy all science fiction fanatics.

‘Rise’ is an emotional roller coaster as characters we’ve come to love race against the clock to save the universe. The movie keeps viewers invested as old friendships are tested, a new romance is sparked, and the film appeals to older fans as past characters, such as Lando Calrissian, are reintroduced in this epic finale. While the film had its predictable moments, overall it was a well rounded, well shot, and fun to watch finale to a series long in the making.

It was a disappointing ending.

The merry cast of Rey, Fin and Po is back at it again in their attempt to defeat the evil First Order ruled by Kylo Ren. This new film also sees the return of the Sith emperor Palpatine as he tries to take over the galaxy once more.

Star Wars: The Rise of Skywalker was a huge let down to many fans of the Star Wars film trilogy. Admittedly,  it must have been a terror for director JJ Abrams to piece together Rian Johnson’s disappointing film that was Star Wars Episode 8, leaving many parts of the movie feeling unmotivated and out of place.

In terms of character development, some of the main protagonists were handled better than others. The audience gets insight on the character Po Dameron (played by Oscar Isaac) and his past life before the Rebellion. However, other characters like Fin and even Rey, the main protagonist, get very little progression. Fin’s screentime is characterized by him repeatedly calling out to Rey, meaning his character is extremely undervalued. John Boyega is a phenomenal actor who was really undermined in this movie. As for Rey all the progression and training it seems that she had to undergo to become a Jedi is skipped over, leaving the audience to feel like she was simply handed the power that she wields in the film. On the contrary, in the original trilogy, the audience sees the actual training of Luke and his progression from a novice boy into an actual Jedi.

The return of the main villain Emperor Palpatine also served as a lazy attempt of shoehorning a villain back in the series that completely undermines everything the main characters did in the previous episodes. The reintroduction of Palpatine made Darth Vader’s righteous sacrifice at the end of Star Wars: Return of the Jedi to save Luke and the entire galaxy more of a frivolous feat.

Quite frankly, even the prequel trilogy is better than this new trilogy, at least they provided some sort of context and actually added to the story of the Star Wars universe. These new films are clear cash grab that feels forced and dispassionate.