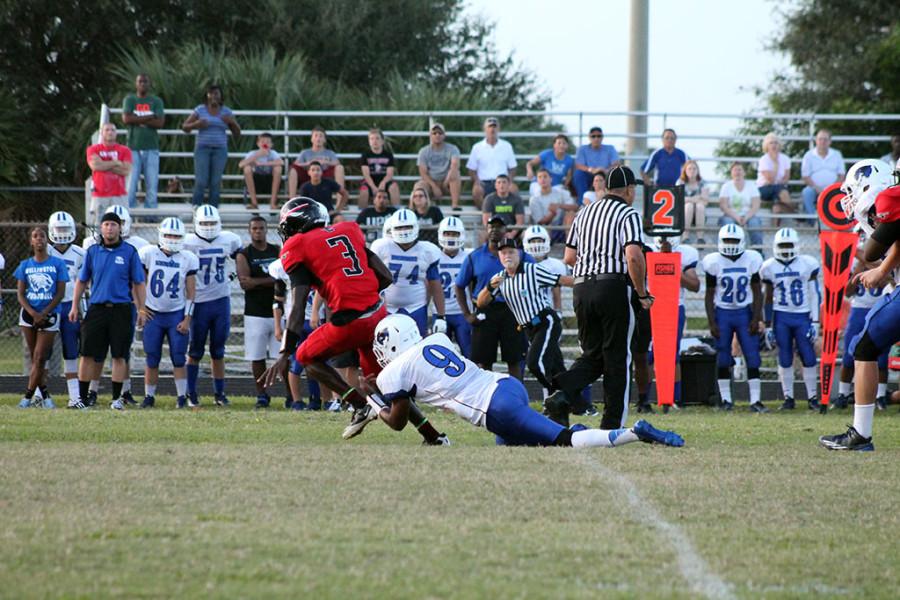 Already being scouted by Division 1 football teams, senior Michael Moise’s number one goal this year is to lead the Chiefs to a state championship and take his game to the next level.

“My goal for the season is to go to states and have a winning season. I feel like the team we have this year is really good and we have alot of potential, especially cause we’re defensively sound and offense is quickly getting better,” said Moise.

The 6’1, 175-pound quarterback has always had a passion for the game, playing organized football for more than 6 years now.

“All my life since 7th grade, when I first started, it’s been my dream to play professional ball,” he said.

But for Moise, it’s more than just about winning games, it’s about work ethic and making a name for Santaluces.

“My expectations for this year is just go to states and always being focused 100% of time and never slacking off, like all of the other great teams in the nation,” he said.

Moise has always had this mentality and expectation since taking the leadership role on the team.

“Sometimes when I’m having an off day I have to remember that I’m the leader of the team and that I have to always set a good example for everyone and work hard every practice,” he said.

All this hard work and determination has earned Moise a spot on ESPN West Palm’s Top 63 Athletes List. Over the summer, Moise had the opportunity to attend the Top 63 dinner, which also included everyone else from the list.

“It was pretty good. They gave us alot of accessories like water bottles and stuff and they showed us all of the other athletes that made it out the schools.”

Moise doesn’t know where he wants to play, but he said he was so honored for all the potential opportunities opening up for him.

“I don’t know what school I’d like to play for honestly, I’m just waiting to see what offers I get then I’ll decide,” he said. “To be honest, I’ll be blessed to just play in college.”

So be on the lookout for Michael Moise and the Santaluces football team as they try to take it all the way this year and make a name for themselves. Chief fans will be expecting a lot out of this athletic quarterback who can use his arm strength or use his speed on foot to score touchdowns for his team.