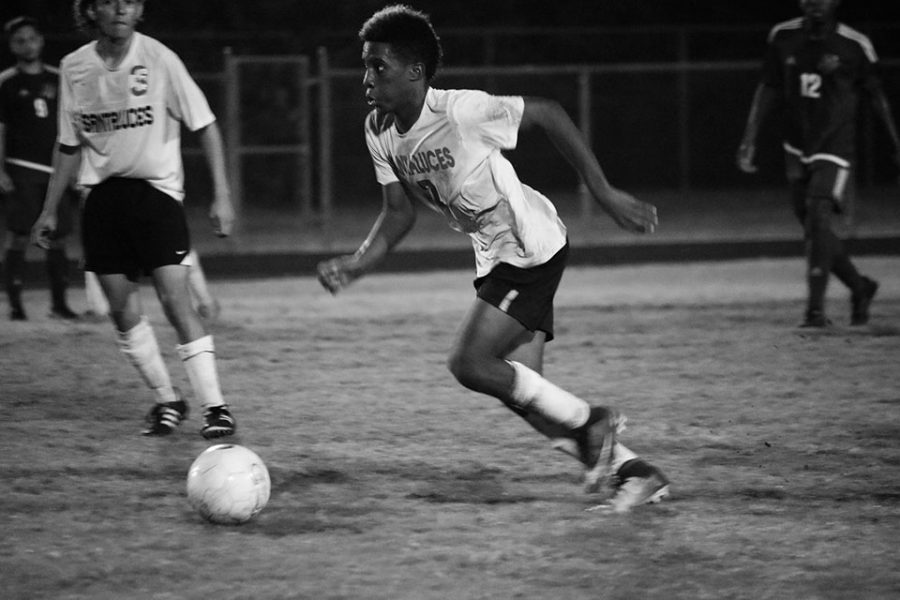 The Chiefs are now 13-2-4 on the season after winning the District quarter-finals on the road against the Royal Palm Beach Wildcats 5-1. The Chiefs are riding a 12 game winning streak and have no plans on stopping anytime this season.

The Chiefs were on the attack from the second the game started. Junior Washington Sena and Senior Ezequiel Vila Buenanueva scored crucial goals in the first half to open up the game.

Senior Harold Alfaro was on fire at goalie, with exceptional efforts to make saves, allowing only one goal the whole game.

In the second half, the Chiefs added three more goals, by Andy Davens, Jameson Lumas, and Renzo Vilalobos. The Chiefs moved the ball swiftly through the Wildcat’s defense, and Chief defenders did what they always do and played with great fundamentals, shutting down the Wildcats perennial powerhouse offense. Vila Buenanueva and Senior Rich Zephirin were the backbone of the Chiefs’ top notch defense.

“It was a hard fought game throughout,” Zephirin said. “But in the end we prevailed and on to the next round we ain’t a cupcake team.”

Next, the Chiefs will play Wellington in the District semi-finals on Wednesday.