The Chiefs Win the Battle of the Defenses 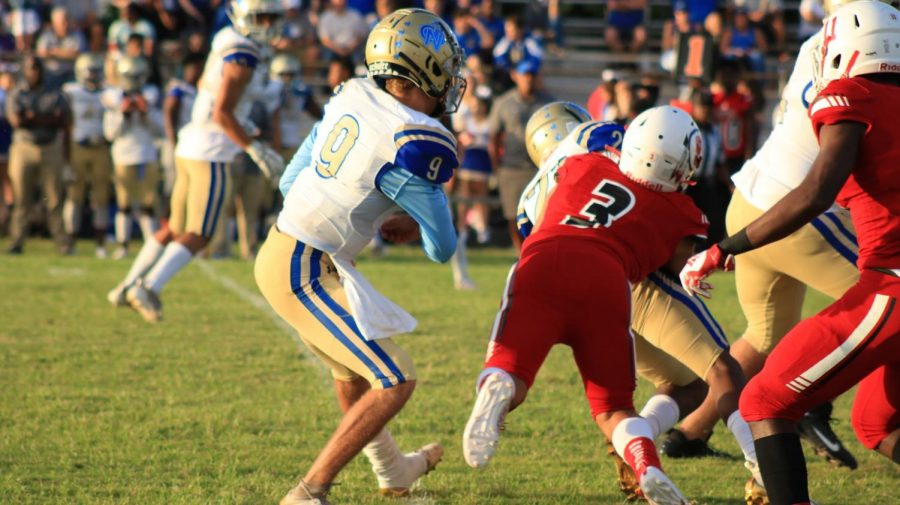 Eric Martinez makes the biggest hit of the game.

The Chiefs played their first home game against Cardinal Newman, where they won 28 to 7. In light of facts, Cardinal Newman is one of the best football teams in the state, previously ranked 11th in their division before they played Santaluces (according to Maxprep). During the first half of the game, the score remained unchanged at 7 to 6, with Cardinal up one point. The touchdown scored was from Kobe Lewis during the first quarter.

Because of the amazing defense on both sides, neither team was able to score. In the second half, a pick six by Jordyn Brown led Chiefs to gain the lead, 12-7. With this push, Kobe was able to score another touchdown. Bryan Coe was able to seal the game with a touchdown in the fourth quarter. Adding the two point conversions made by Noah Kurtz and Valdemar Carnegie, the Chiefs won 28 to 7.