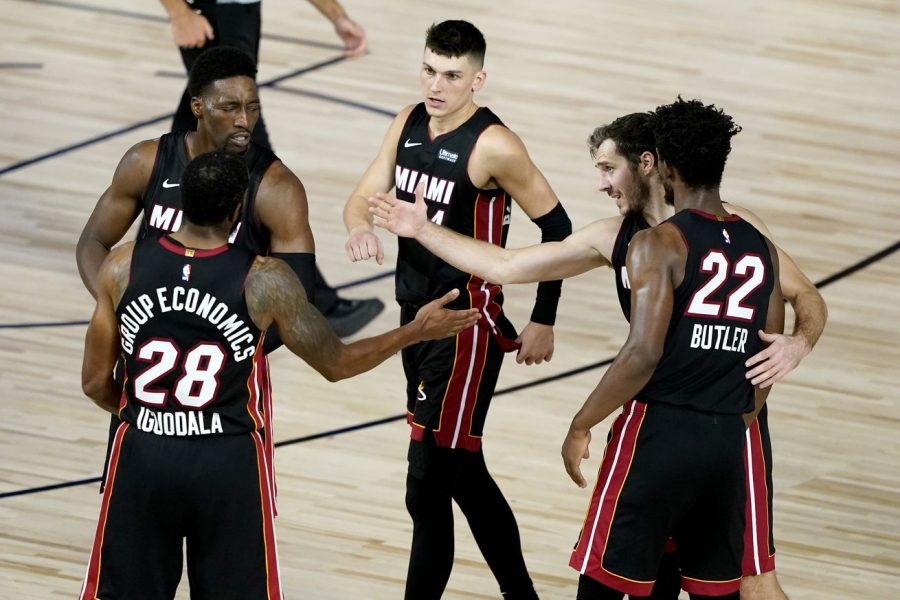 The Heat took a convincing 103-94 win over the Bucks to book a spot in the Eastern Conference Finals.

When the Miami Heat signed five-time All-Star Jimmy Butler in July of 2019, few could have predicted this team doing the unthinkable just 14 months later.

But this week, the Miami Heat completed an upset for the history books, getting the best of the Milwaukee Bucks in a 103-94 Game 5 victory within the Eastern semifinals, winning the series 4-1. The Bucks were the best regular season team this year, finishing the regular season with a 56-17 record this year, yet went on an 8-10 within the NBA bubble. Giannis Antetokounmpo, the league’s reigning MVP and Defensive Player of the Year, sat out in game 5 due to a sprained right ankle and was forced to watch his team fall to pieces as their season ended in a disappointing fashion once more.

Jimmy Butler is not satisfied with only making it to the Eastern Conference Finals as he has his eyes on something much bigger for the Miami Heat, a championship.

“It means a lot but like you said that’s not my goal,” said Butler to reporter Tim Reynolds, “That’s not my guys’ goals. That is not the organization’s goal. We want to win it. We want a championship and I think that is what we are focused on. The next eight are going to be much harder than the previous eight. We know that but we’re ready for them.”

Milwaukee had star performances from Khris Middleton, most notable in Games 4 and 5, averaging 25.6 points, 6.0 rebounds, and 6.8 assists as well as Giannis Antetokounmpo in his four-game stretch, averaging 21.8 points, 11 rebounds and 5.3 assists.

Things seem to be at an all-time high for the Miami Heat since their Big 3 era of Dwyane Wade, Chris Bosh, and LeBron James, as this marks their first Eastern Conference Finals appearance since 2014. This also marks the first fifth seed to reach the Conference Finals since the Memphis Grizzlies back in 2013.

The Milwaukee Bucks have faced back to back failures with this roster within the postseason despite their success during the regular season. Change is needed in some way before Giannis Antetokounmpo grows impatient.

Giannis Antetokounmpo will be eligible for a super-max extension this coming offseason expected to be worth around $220 million over the span of five years. Declining this would lead to bad news for Milwaukee, as Antetokounmpo would become an unrestricted free agent in 2021, taking his talents elsewhere.

Now, Miami celebrates as they await the Toronto Raptors or Boston Celtics in the Eastern Conference Finals. In the meantime, the Milwaukee Bucks are sent home packing with a questionable future moving forward.