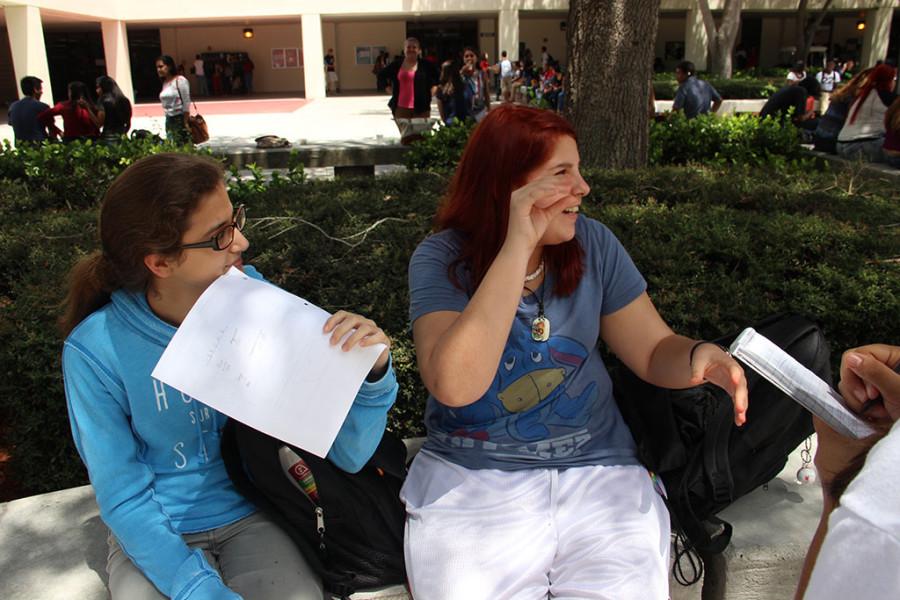 While the upper classmen of Santaluces welcome back a new school year with tons of hopes and expectations, Santaluces’ newest addition to the tribe, freshmen, are a bit spectacle on what to expect from their first year at a new school.

Students like Jaquez Calloway said that his first day was “not as scary as he expected.” Calloway said that even though he was the newbie of the school, he did not feel all that different. Because he was helped by upper classmen to find his classes, he didn’t feel as nervous as he thought he would. The only problem he had was trying not to get lost and meeting new people.

Other freshmen like Crisiana Leto and Melanie Trenco described their first day of school as loud, confusing, and the bells left a ringing sensation in their ears.

“The bells are really loud and it just feels like something’s banging inside my head,” said Leto.

Unlike many freshmen who were intimidated to be interviewed, these two were not as shy or nervous. Their interests for the school year were to join Art Club and have their grades skyrocket. Although they are very open minded and willing to speak to upper classmen, Leto & Trenco still share some of the fears most freshmen feel on the first week of school. They feel just a little intimidated about the “bigger” kids at the school.

“The one thing I’m a little scared about are the gym classes,”  said Trenco.