Puerto Rico Struggles to Stand on Their Feet 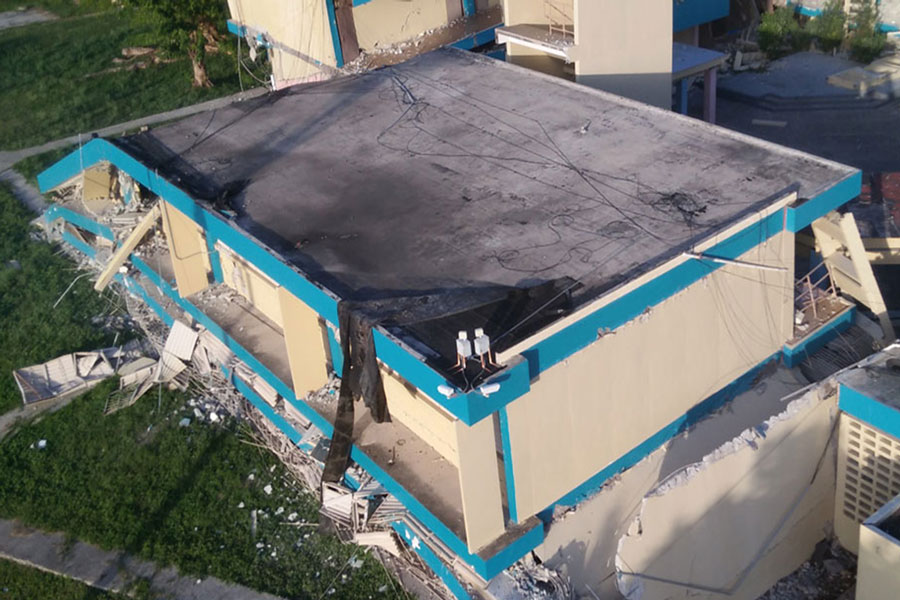 Homes were devastated in Puerto Rico when a 6.4 magnitude Earthquake hit last Tuesday, followed by another 5.9 earthquake on Saturday.  These earthquakes have ravished homes, businesses, and cities, only leaving rubble and destruction in their wake.

It seems Puerto Rico can’t seem to catch a break; Hurricane Maria is another natural disaster that hit Puerto Rico back in 2017. Half of the island lost power and Hurricane Maria was dubbed one of the most deadly hurricanes in history killing approximately 2,975 people. The people of Puerto Rico are still recuperating from this event and just when it seemed that they finally got their feet on the ground they were hit with these devastating earthquakes.

Power loss was another major topic of interest in the aftermath of Hurricane Maria, it was reported that about half the island of Puerto Rico or about 3.4 million residents were without power for up to three months, but it seems that isn’t much of an issue after the earthquake. Puerto Rico’s public utility services reported that 99% of their customers still have power. Santaluces student Angelic Torres said that although her family in Puerto Rico wasn’t directly affected by the earthquakes, they are still able to feel the tremors every day and they still have no power as the power plant in Ponce was destroyed. “The situation is frustrating because they have no internet and we can’t contact them or send them things”.

So what has the government done for Puerto Rico? Well, they’re doing their best with what they have available. The local governments of Puerto Rico are giving out supplies such as water and food, but one thing many residents lack is housing.  The United States’ national government is slow when it comes to helping Puerto Rico, with even the billions of dollars that were meant to reach Puerto Rico after the hurricane still yet to be seen. Many are camped out in the streets in worry they won’t find a place to sleep at night.

“It seems that the last couple of years Puerto Rico has been getting hit pretty hard with these natural disasters, they’re still setback from the hurricane”. “It’s been tough, but really the Puerto Rican people and community are really strong and they all band together and help each other… The damage is bad but the good thing is that it brings people cl0ser together,” said Mr. Ramos.

Hopefully, in the oncoming years, Puerto Rico has the chance to recover because, as of right now, Puerto Rico is struggling to stand on their own.