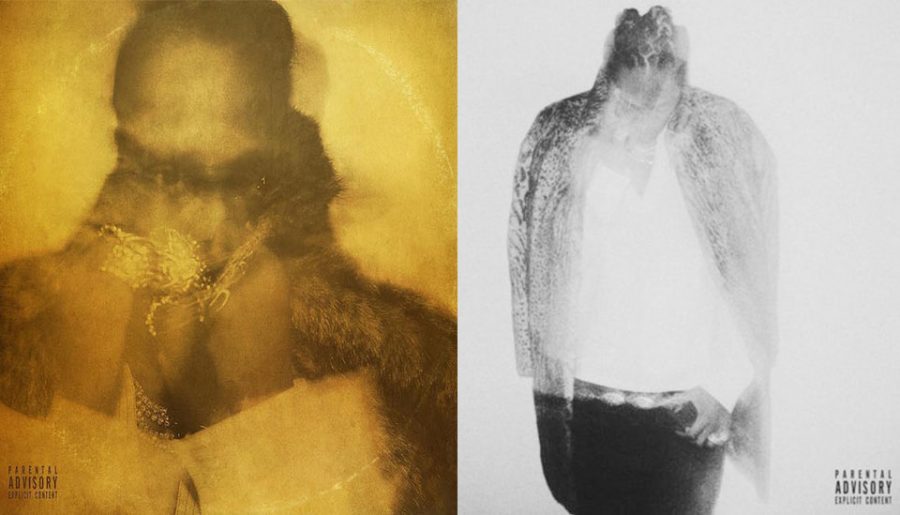 Future suddenly released a self titled album, FUTURE, On February 17th. The album was filled top to bottom with upbeat songs sure to be played at parties and clubs back to back. His fan base, the Future Hive, were satisfied and content with the release, pushing the album to sit at No. 1 on the iTunes charts and the Billboard Top 200.

Future delivered his usual formula of raps designed to be played at max volume opening the album with “Rent Money” passionately stating the need to better himself. “Mask off” produced by Metro Boomin, became the first song on the album to take hold of listeners. The track featured a loop of a flute underneath Future’s raspy voice telling his hard knocked life story, which was his reality. His life of drug trafficking and how he overcame poverty were poured into the track. At the end of this casual song, he ends with a sample of Tommy Butler’s “Prison Song” saying, “Gas gone, never nod off. Cold chills, prison cells, Oh my Lord, praise him be.”

Following the release of  FUTURE, the week was filled with buzz over the album, but little did everyone know that Future cooked up some more heat for listeners to enjoy. February 24th, he unexpectedly released HNDXX. No one ever thought that any artist would release two  albums within the same week, so the release certainly was shocking. On top of that, it also topped the iTunes charts. “Selfish” featuring Rihanna, is one of the most popular songs on the album. Also, in “Sorry” Future delves into previous relationships, most notably his messy break-up with ex-fiance and singer Ciara.

Future has proved himself to be a pioneer in paving a way for the future of music by releasing two vastly different album. FUTURE is filled with high energy music and HNDRXX is an album of ballads. Both present his diversity in music and the diversity of Hip-Hop and Rap. Though these are not his best albums compared to Dirty Sprite 2, Honest and last year’s Evol,  Future’s work is worth commending. Both albums are well produced and he has refined his unique and specific flows.