The Oscars: Hostless, History-Making ,Yet Mediocre. 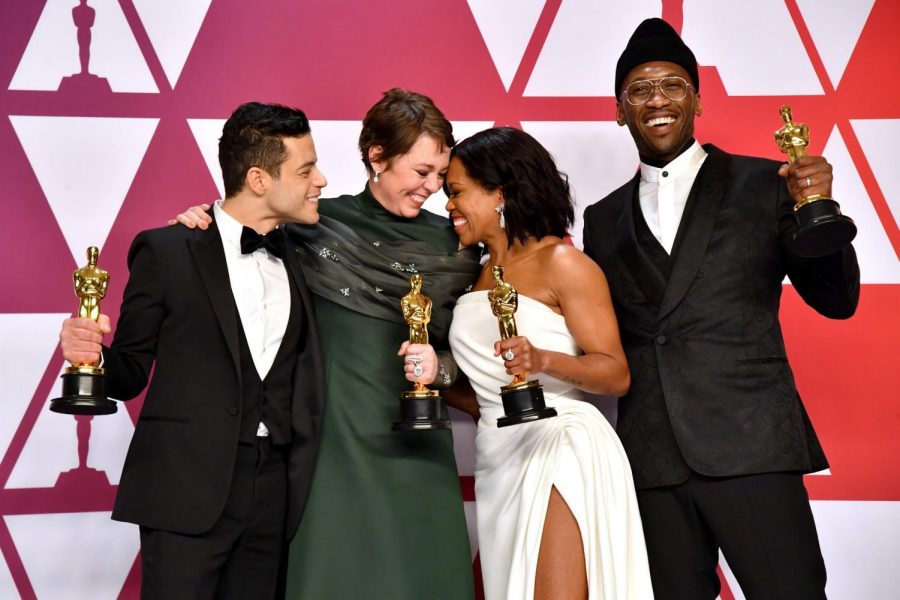 Courtesy of the Academy

Rami Malek, Olivia Coleman, Regina King, and Mahershala Ali with their Oscars for the acting categories.

The Oscars is a night of honoring those in the film industry who have worked to make compelling and entertaining pieces all year long. The Academy honors actors, directors, sound editors, visual effects artists, and more. It is known as the biggest night in Hollywood which gives it a huge presence in society -especially on social media.

This year the Oscars started with controversy quite early on with losing Kevin Hart as the host. The academy decided to go hostless- something they have not done since 1989 which some people call the worst Oscars ever. This decision seems strange nonetheless but it also seems fresh and new. The hostless night went arguably well as entertaining presenters like Melissa McCarthy brought humor to the show the constant new faces on stage gave the show a flow that it lacked in the past.

The nominees were released on January 22nd nearly a month ahead of the show giving people and the internet a chance to voice their opinions. One of this year’s favorites in almost every category it was nominated in was Roma, a autobiographical foreign language film that follows a live-in housekeeper for a middle-class family in Mexico City. The film brought with it many firsts for the Oscars including being the first movie from a streaming service (Netflix) to be nominated and the first foreign language film nominated for Best Picture. The film however did not take home Best Picture but took home three other awards that night.

Another favorite in their category was Glenn Close who was nominated for Best Actress for her work in The Wife. Close was the front-runner because of her big win at the Golden Globes this year for the same role as well as her several Oscar nominations in the past. The award however went to Olivia Colman who was not the favorite for the night but was someone everyone was considering. To even her own shock Colman won the award for her work in The Favourite which was up for 10 nominations (spoiler: they took home only one).

One of the biggest shocks of the night was Greenbook taking home the award for Best Picture. The favorites to win this category were Roma or Bohemian Rhapsody. No one believed that Greenbook would win due to its quote “white savior” message portrayed in a story that is supposed to bring races together and fight racial prejudice. This win among many other wins that night including a multitude of wins from Bohemian Rhapsody causes people to discuss the white and particularly male dominance of the academy. As of 2018, the New York Times reported that about 51% of the academy is male and about 70% of the academy is white. This shows greatly in the winners at academy awards especially at the 2019 Oscars.

When discussing male dominance in Hollywood and how it reflects in this year’s winners Santaluces chief Emily English says, “There’s a great term in the film making world called ‘female gazing’ which describes the idea of a film representing a woman’s point of view in a film that women can relate to. ‘Greenbook’ was only voted on by 12% of women. I think that’s pretty reflective in itself.”

Here is the full list of winners for the night: 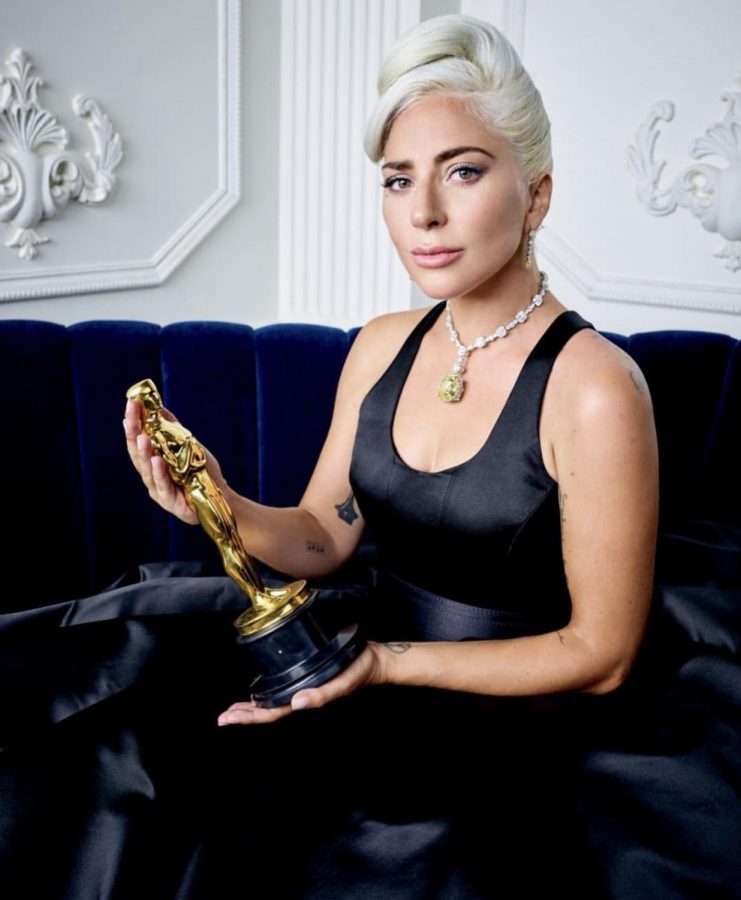 Gallery|20 Photos
Courtesy of The Academy via Instagram
Lady Gaga with her Oscar for Best Original Song for "Shallow".
Leave a Comment