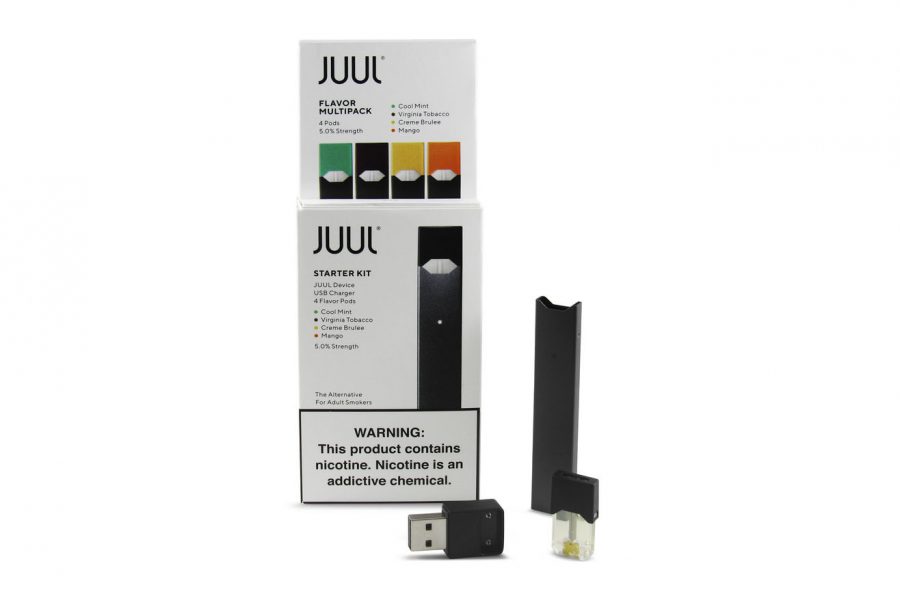 Teens are using Juuls at an alarming rate.

Jennifer Cramer, mother of a 17 year old boy who smokes Juul, an electronic cigarette, wanted to bring awareness to her sons story. She found out he was smoking about two pods a day for the past year, the equivalent to smoking two packs of cigarettes a day. They both noticed his gums were red, irritated and looking like they were rotting so they immediately went to the dentist. The dentist ruled that it was a chemical burn caused by Juuling.

As many call it, “Juuling” has become increasingly popular, especially among teenagers. According to Truth Initiative, in 2017, two million middle and high school students used e-cigarettes such as Juul. The FDA now calls this an ‘epidemic’ and aims to decrease the amount of teens who have access to these nicotine filled devices.

“I see a lot of people Juuling and everyone thinks it’s the new trend without realizing the consequences,” said Tony. “I see people post about it on Snapchat and even sometimes people doing it in the bathroom.”

In order to purchase a Juul and pods, one must be 18 years old. However, the nicotine addicted teens find illegal ways to get a hold of the product. According to Truth Initiative, out of 1,000 12-17 year olds surveyed, 74% of them said they got a hold of a Juul at a store or retail outlet. Also, 52% of those surveyed said they received a Juul from a family member or friend.

Senior Elvin Escobar has friends who have access to obtaining pods.

“My friends would either buy Pods off of people who already have them or give money to someone old enough to get the pods for them.”

Not only has this been an issue in high schools but it has also become popular amongst the younger generations as well,

“I was in my neighborhood and some kid that I didn’t know that was in middle school offered me money so that I would go buy him Juul Pods,” said Senior Matthew Escalera.

Although some students are 18 and are able to legally get a hold of these products, they are still consuming toxic chemicals into their body. These nicotine filled products are highly addictive according to Medical Xpress . Nicotine is known to impair brain and lung development and it also has much more harmful effects. For example, nicotine addicts have a much higher risk of getting emphysema, chronic bronchitis, cancer, heart disease and strokes according to Healthline.

Freshman biology teacher, Mrs.Holloway, is well aware of the harmful effects of using a Juul as well.

“Students using Juuls right now is pretty detrimental to their health because it has nicotine in it so students might think it’s safer than cigarettes. They are relying on siblings or older friends to buy them for them and they’re using them on school campus which is not allowed. It’s causing addiction at a young age which is not conducive for their growing brain and it’s a poor decision by the student. Anything inhaled that is not naturally produced by the body is always going to cause damage to the lungs, organs and the brain, and they need to consider that first.”

Guss Nader who is an 18 year old senior admits to smoking Juul,

“I’ve been off it for almost two weeks but I was doing it for exactly a year,” said Guss. “I didn’t think much of the health hazards because I knew I wasn’t going to get hooked on it. This year I’m playing two sports in one season and I felt it was a good time to quit.”