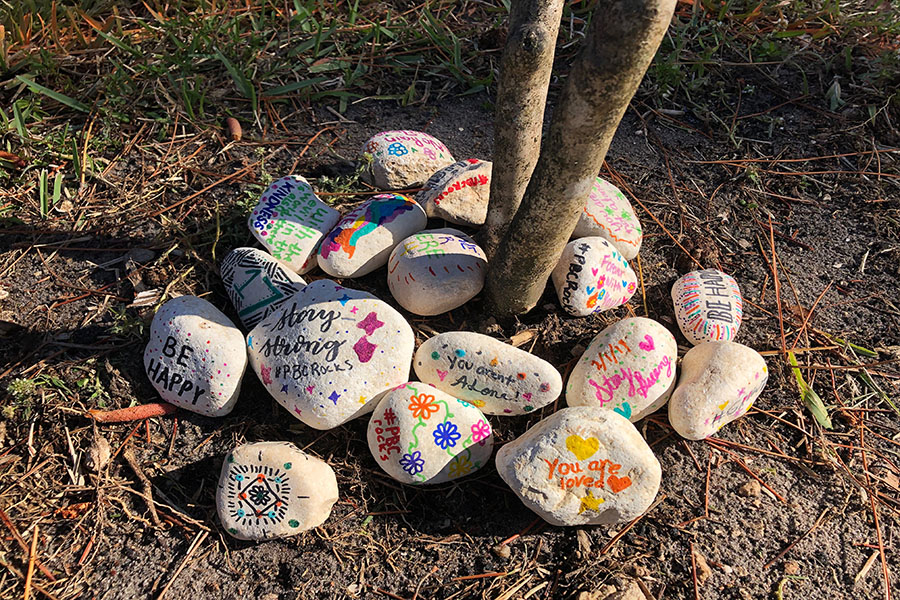 17 rocks to commemorate the 17 lives lost.

MSD Memorial: One year after the tragedy

Thursday, February 14 marked the one year anniversary of the tragedy that occurred at Marjory Stoneman Douglas High School. On February 14, 2018, a former student opened fire, killing 17 students and staff members and wounding 17 others, making it the deadliest shooting at a high school in the United States. In honor of remembering the 17 lives that were lost and the one year anniversary of the horrific event, Santaluces held its second MSD memorial.

At the memorial, students tied ribbons to the fence similar to last year’s memorial, however this year, the letters spelled out “Unbreakable” to represent the unity amongst students and faculty across the nation. The school also made sure to keep the same heart on the fence from last year to honor the MSD tragedy. The student body then gathered around as three students gave speeches that embraced the importance of unity and love. “What we have learned from the tragedy at MSD or from any other terrible event is that we need to ban together and put more compassion out into the world,” said Zoe Farrell in her speech. “In any situation that you are given a choice between love and hate… choose love.” To close up the ceremony, a tree was planted to honor the Parkland victims and 17 rocks, that were painted by Key Club as part of the 17 days of kindness week, were placed around the tree. This tree is to honor those who lost their lives and to show that we continue to grow as a community.

“This year’s memorial was a great turnout. It really encompassed the importance of coming together and spreading love between one another.” said senior Madison Ford.

This year, on the anniversary, Marjory Stoneman Douglas had a low attendance rate and allowed an excused absence as many students stayed home to mourn and remember their friends that had tragically passed. Those who did attend however for the “Day of Service and Love” were provided with therapy dogs and counselors. 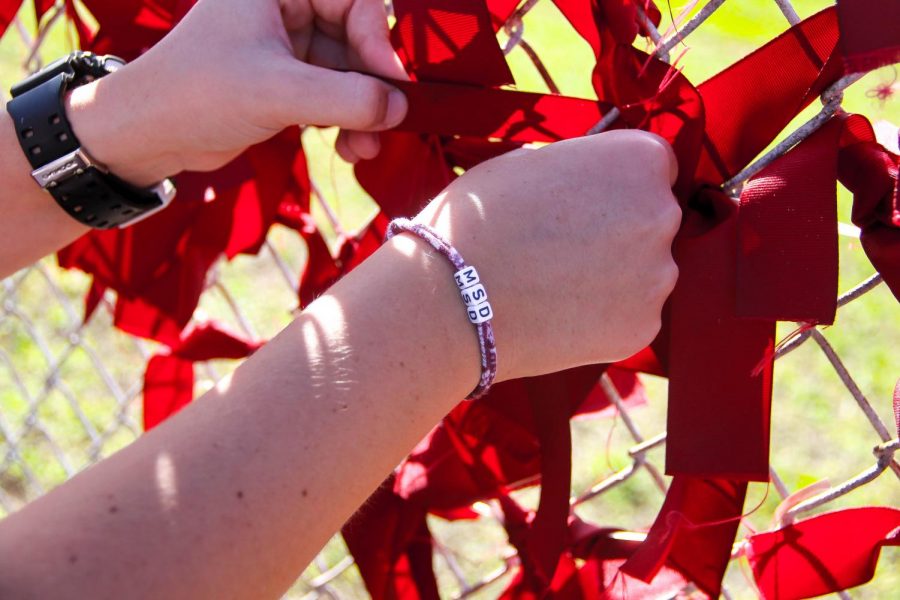 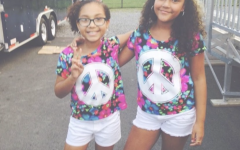 Inspirational Story: Get Out of Bed in The Morning 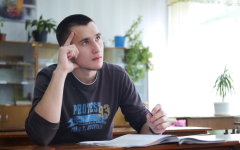 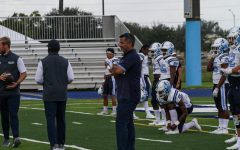 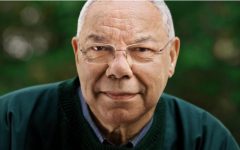 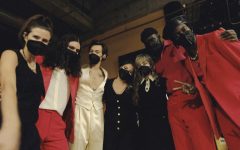 Seniors socially distanced in the Performing Arts Center and parents watched from a livestream for the 2021 Senior Awards Ceremony.... 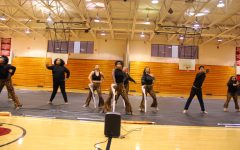 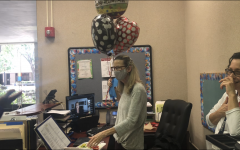 Ms. Moe a Finalist for the Dwyer Awards

The Lantana Library, where many Chiefs go to study or use computers will be closing January 31 for renovations. It will reopen later this year....

A Different Kind of Band Practice During COVID