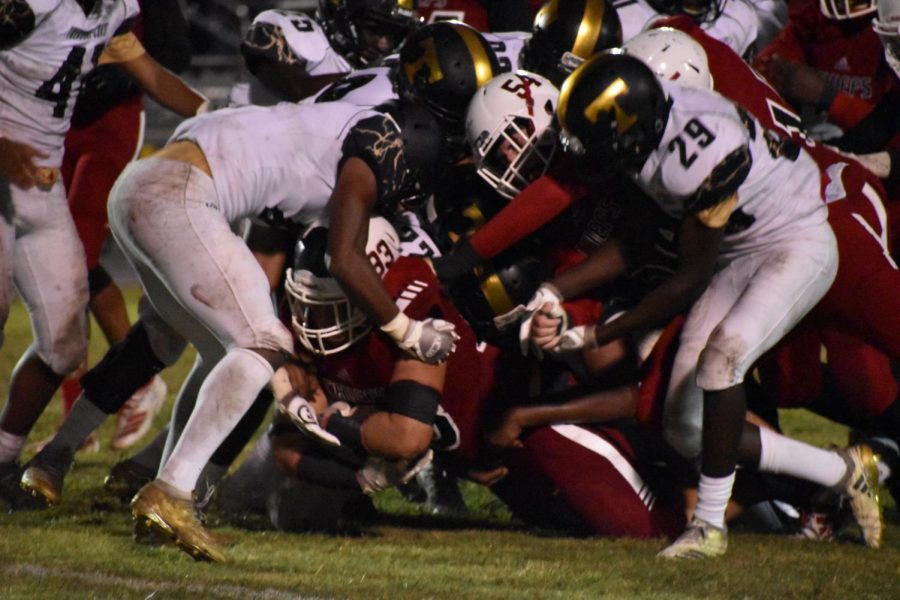 Coe Jr. grasps the ball as he gets covered in the Titan’s defensive line.

Attack of the Titans

After tomahawking their way to victory against Olympic Heights at their last regular-season game, the Chiefs football team looked to take on Treasure Coast in their first playoff game since 2009.

The weather on Friday, November 8th, was gloomy start to the game, with it pouring down rain right before the game started.

Treasure Coast was going to be the toughest opponent the Chiefs have faced all year, having a record of 8-1 for the 2019-2020 school year.

During the first half of the game, Treasure Coast was able to come out with thirty-three unanswered points. The offense and defense of the Chiefs were struggling to move the ball with mistakes being made on both sides.

Even with the Chiefs being down thirty-three, they still put up a fight. They held the Titans to only score one additional touchdown in the second half.

This was not enough, however, with the Chiefs not being able to overcome the Titans, the score was 40-0.

The one loss does not define the Chiefs though. They ended the season with seven wins and two losses. Just four years ago, the Chiefs were at  0-10. Now, with Coach Brian Coe in his third year, the Chiefs are district champions and looking forward to next year to improve and succeed even more.

What the Chiefs, especially the seniors, have been able to do is amazing. Senior, Valdemar Carnegie won CBS 12 News Athlete of the Week and became a vital member of the team. The seniors are able to walk away from high school football with accomplishing something that has not been done for a long time and rebuilding the tradition of Santaluces Football.

Congratulations to the entire football team for all your achievements this year! 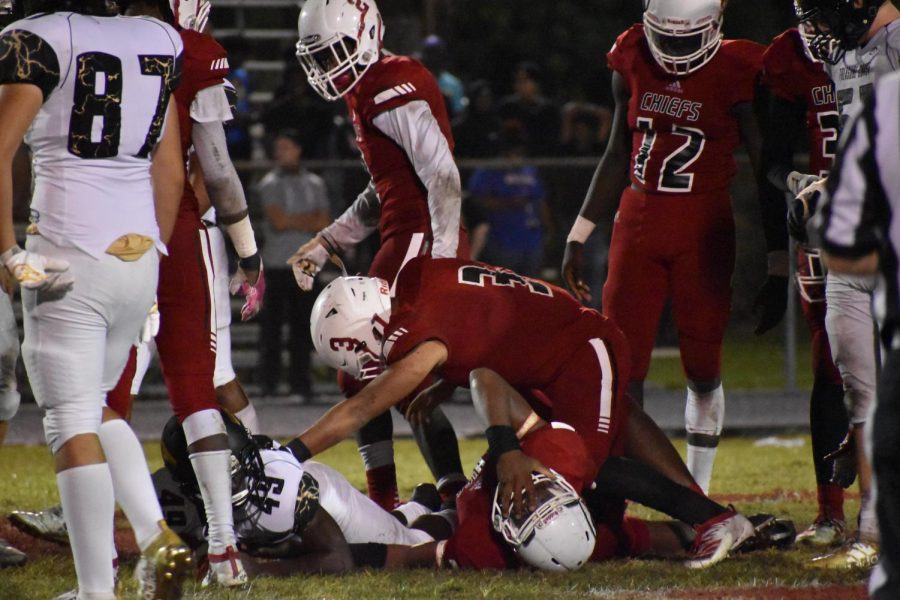 Gallery|15 Photos
Alayna Reddick
Martinez is able to pull himself up after a hard fall.