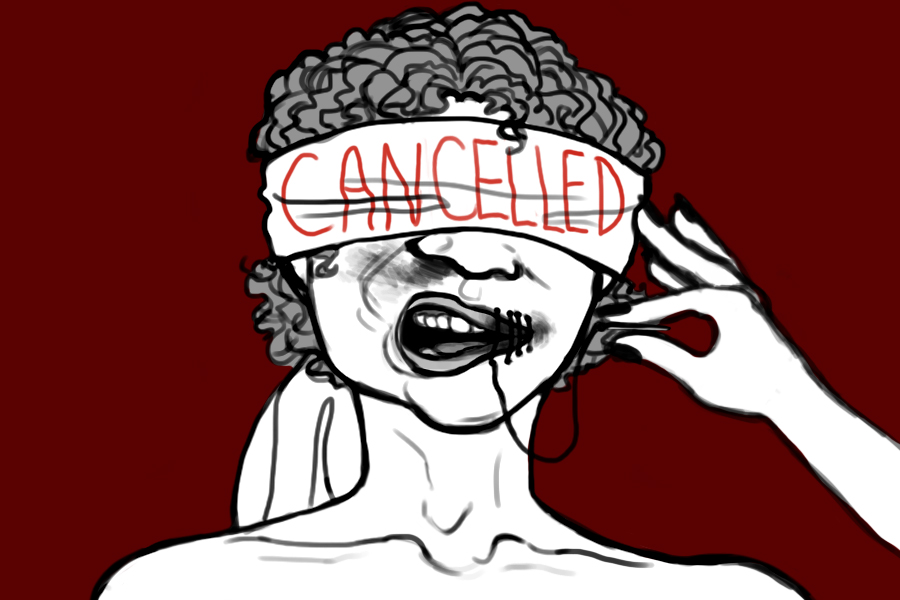 Since 2016, cancel culture has been on the rise. It’s becoming controversial, with it being debated whether cancel culture is taking things too far or not far enough. (Kailyn Licari)

Since 2016, cancel culture has been on the rise. It’s becoming controversial, with it being debated whether cancel culture is taking things too far or not far enough.

Cancel culture forces people to face the consequences of their actions. ‘Cancelling’ occurs when a person commits an act of hate or makes hateful comments, specifically involving somebody’s race, gender, sexuality, or religion. For years, people in a place of power have been able to avoid the consequences of their actions. However, with the new age of social media and the quick spread of news they now have to be careful about what they say and do.

One perfect example of cancel culture being beneficial was during the Me Too movement, when various celebrities were accused of sexual misconduct. These powerful people would have otherwise been able to continue their abuse if not for the wave of hate that stripped them of their positions and influence. Cancel culture brought people like Henry Weinstien, who has sexually harassed countless women, to justice, and acted as a warning for others.

These powerful people would have otherwise been able to continue their abuse if not for the wave of hate that stripped them of their positions and influence.”

As America becomes more and more diverse and open minded, those that make racist remarks towards minorities quickly learn the meaning of the phrase, “If you have nothing nice to say, don’t say anything at all.” In 2018, ABC canceled the TV show ‘Roseanne’, after lead actress Roseanne Barr went on a racist Twitter rant, one such tweet referring to Obama’s aide Valerie Jarrett as “the offspring of the Muslim Brotherhood and Planet of the Apes.”

Furthermore, cancel culture forces social media attention on those that have been accused of committing a crime. This allows the perpetrator to be brought to justice as information concerning the case is able to come to light quickly. For example, in recent weeks, controversial youtuber Gregory Jackson otherwise known as Onision has been ‘cancelled’ for the alleged grooming of young fans and pedophilic actions. Cancel culture and social media influence has caused Jackson’s Patreon to be shut down and ‘To Catch a Predator’ host Chris Hansen to involve the FBI in an in-depth investigation into his actions.

Though it may seem extensive, cancel culture has become extremely important in punishing people for their actions.

Kayne West, the famed singer turned designer started to support President Donald Trump. He was extremely public in his support for the President that many hated. At the time of his support, many people of color felt attacked by some of Trump’s comments. West further encouraged up rage against him by stating that slavery was a choice.  “When you hear about slavery for 400 years … for 400 years? That sounds like a choice” stated Kanye West. Due to his support for Donald Trump and insensitive comments, people began to have a bitter taste in their mouths and started to cancel Kanye West.

However, this is not the first time Kanye West has been cancelled. He bounces back every time. After his thoughtless comments, his album went to number one in the same year.

This is a recurring theme with cancelled celebrities. If they have ever said anything close to being controversial, there is immediately a hashtag developed on twitter with thousands of people getting on the bandwagon to end someone’s career.

Cancel culture largely developed on Twitter with hashtags trending number one worldwide to cancel whoever has done something in their past. However, after a few days, a new trend comes along and the internet forgets about who they just canceled. In some senses, like Kanye West, people end up right back supporting the people they just cancelled.

The average human is not born politically correct.”

Because of this, cancel culture is excessive and creating an environment of toxicity and hatred on the internet. Cancel culture assumes that if you are not “woke,” you must be a terrible person. However, this is not true for everyone. The average human is not born politically correct. By having an excessive cancel culture that knocks anyone down that has made a mistake, the idea that you live and you learn is thrown out the window.

People grow and experience new things changing their perspectives on certain issues. However, cancel culture does not see this. Instead, cancel culture excludes a person from a group without them even being able to comment or make an apology. The person is called horrible names and shamed for their past.

Instead of cancelling someone, people should be willing to educate others. “Education is the most powerful weapon which you can use to change the world,” said Nelson Mandela. Unfollowing, blocking, and insulting someone online is easy. Real change, however, will come with people understanding what they did was wrong and learning from it. That does not come from cancel culture.