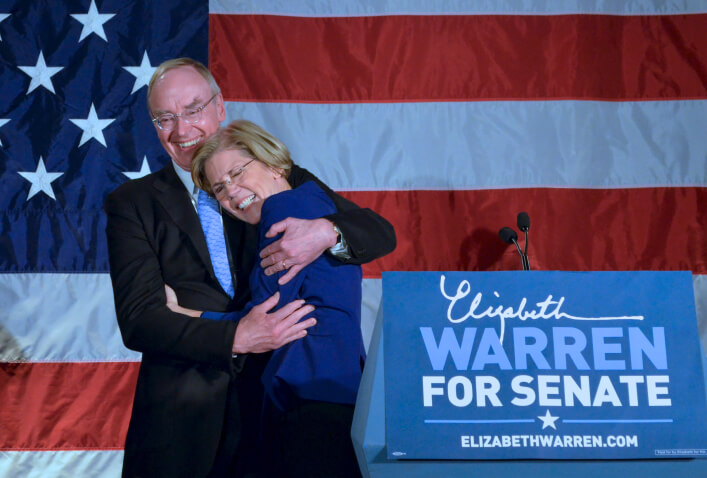 Warren wants to fix the prison system by abolishing the death penalty, ending cash bail, and eliminating private prisons. In terms of education, Warren believes in restricting charter school growth, making college free, and canceling some student debt. She believes in slashing the defense budget and allocating federal funds to build more houses. She does not support additional wall funding. Warren wants to raise taxes on the wealthy and create new social programs, including Medicare for all. She hopes to raise the federal minimum wage to $15/hour and she supports broad paid family and medical leave plans up to 12 weeks. Warren hopes to protect the environment by imposing government regulations to reduce carbon emissions and by paying farmers to adopt climate-friendly practices. Socially, she believes in few limits, if any, on abortion and the legalization of marijuana.